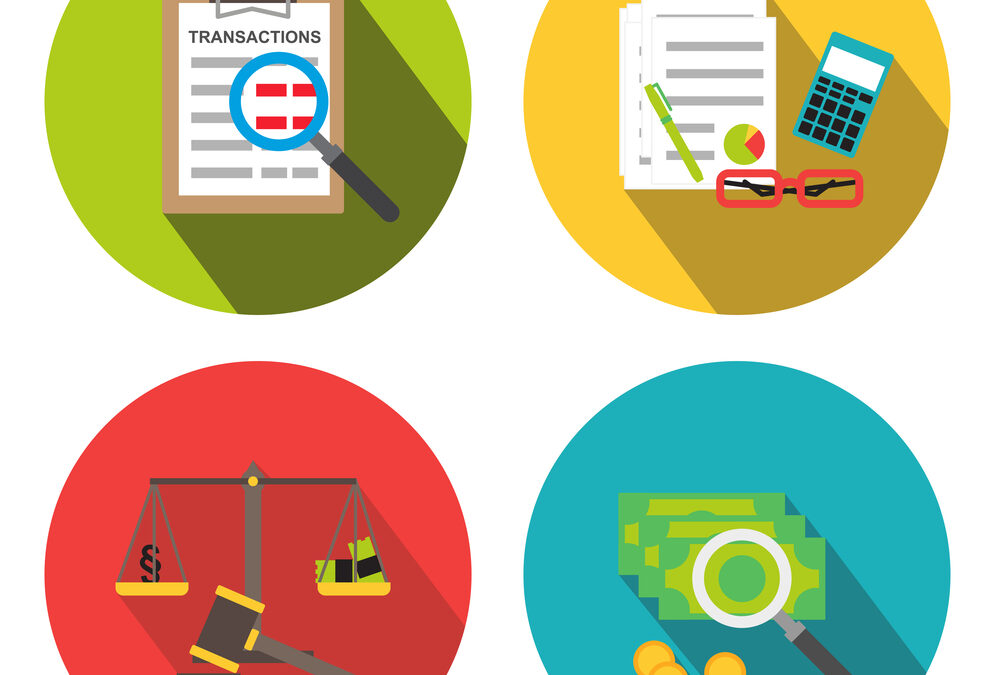 This article first appeared in the May 2022 edition of The Journal of the Law Society of Scotland.

It has recently been observed that insolvency practitioners in Scotland are enjoying the “calm before the storm”. Corporate and personal insolvencies are predicted to rise post-COVID, exacerbated by the global uncertainty caused by supply chain disruptions, the energy crisis and the war in Ukraine. As insolvencies increase, so too will disputes involving insolvency practitioners, including claims against former company directors.

Insolvency disputes can be varied, complex and multi-faceted. Office holders have duties to maximise recovery for creditors. It is therefore imperative that in bringing any claim, there is an expectation of increasing rather than depleting the money available for creditors. For defender directors, mediation affords an opportunity to have claims against them resolved quickly and in a private and confidential forum.

Mediation also has very high success rates – the Civil Mediation Council and CEDR report settlement rates in excess of 90% either on the day or in the days following the mediation. In England & Wales, insolvency disputes are routinely mediated. The value of mediation for insolvency disputes is finally becoming recognised north of the border too, perhaps driven by the increase in claims being funded or purchased by third party funders, many of whom seek resolution by negotiation or mediation wherever possible. So, why mediate insolvency disputes?

Mediation is a commercial process, not a legal one. It is an opportunity for parties to reach a commercial settlement that they can live with. It allows them to retain control of the outcome and take into account factors that would not be relevant to a judicial decision. For example, it enables both sides to build into a settlement agreement the defender director’s ability to pay, and to agree instalments or some other creative repayment plan. Further, research shows that a paying party is more likely to comply with a settlement agreement they have negotiated themselves than one imposed on them by a judge. Reaching an agreement in mediation therefore also decreases the likelihood of the insolvency practitioner requiring to take enforcement action, which may be throwing good money after bad.

For insolvency practitioners, a commercial process also means an opportunity to maximise recovery for creditors at minimal cost, particularly if the mediation takes place pre-litigation or during its early stages. Successful outcomes are often negotiated without significant legal costs having been incurred in presenting a claim to court. A commercial process can also be of benefit to insolvency practitioners, who often lack documentary evidence such as contemporaneous company books and records, which, depending on the claim, can be imperative for proof in court; and to defender directors who cannot rely on a lack of books and records as a defence to certain claims such as repayment of their director’s loan account.

Mediation manages litigation risk on both sides. Claims in the context of an insolvency, for example gratuitous alienation, unfair preference, wrongful trading and fraud, routinely involve complex factual investigation and disputed matters of law. For these complex claims, the litigation risk can be high and prospects of success can be very difficult to assess or predict. Winning in court can be far from certain, and legal costs on both sides can quickly become disproportionate or even exceed the value of the claim.

Mediation is well suited to multi-party disputes where all parties can get round the table to reach a commercial deal. It is not unusual for an insolvency dispute to involve, for example, claims against multiple former company directors who are all blaming each other, or competing claims between insolvency practitioners and HMRC or other third parties. Not only does this serve to increase costs; it increases the time it is likely to take to resolve claims in court. Mediation offers an opportunity to resolve multi-party claims without having to pursue multiple claims in court.

Mediation manages the emotional imbalance between the defender director and the insolvency practitioner. Defender directors often have a strong sense of unfairness, injustice or even outrage. Rightly or wrongly, they can see themselves as the victim of wrongdoing by former co-directors or inappropriate advice from professional advisers. On the other hand, the insolvency practitioner has a job to do and for them, the dispute is all about the money and maximising recovery for creditors. This is not to say that they do not have empathy or even sympathy for the defender director: often they do. But that cannot affect their legal duty to prioritise recovery for the creditors.

Of course, disputes in this field are not restricted to claims against directors. There can be claims against former office-holders for breach of duties, such as the claim raised by the liquidators of Rangers against the former administrators. In addition, there can be claims against professional advisers of the insolvent company or other third parties. In all cases mediation offers the parties a quicker, convenient and cost-effective way of resolving disputes out of court, and an opportunity for better net financial outcomes for the parties involved. 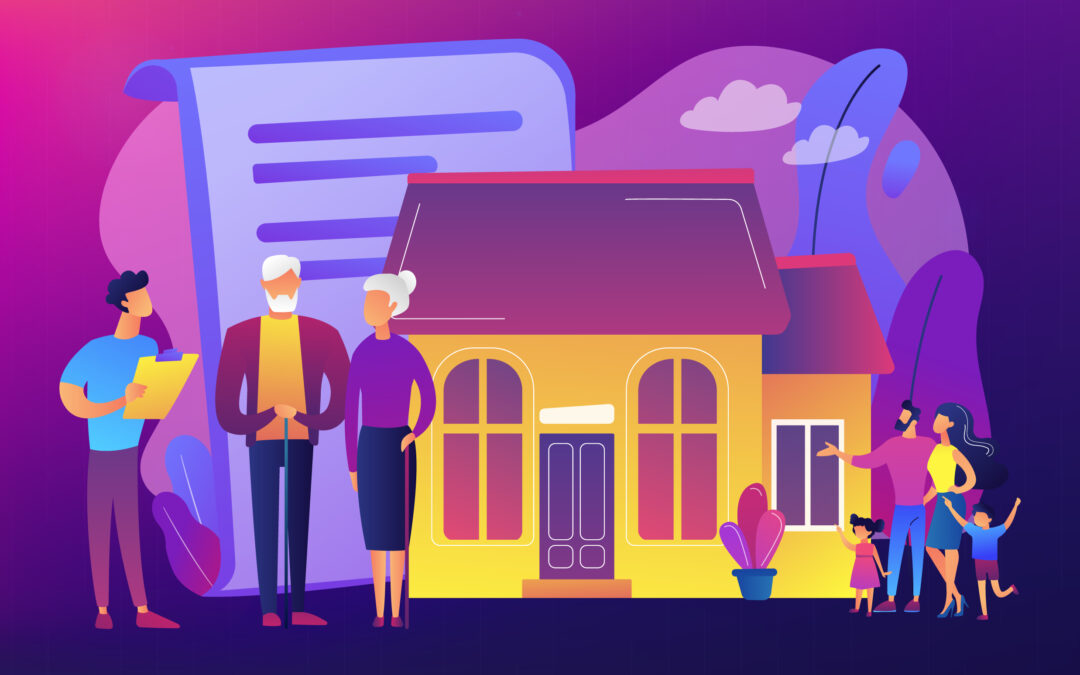 This article first appeared in the December 2021 edition of The Journal of the Law Society of Scotland.

Mediation is likely to lead to better outcomes than litigation when it comes to inheritance disputes, Rachael Bicknell believes.

Blood is not always thicker than water. For over a decade, inheritance disputes have been on the rise. Many experts attribute this to factors including increased property prices resulting in estates with more value to fight over; difficult economic times and the impact financial responsibilities can have on family relationships; and an aging population where legal capacity issues are more prevalent. And sometimes people die unexpectedly without updating their will or having not yet made one.

Then there is the complexity of succession planning in a modern and less traditional society. The rise of divorce rates and blended families – those brought together by new relationships, resulting in step or half siblings – and families living across jurisdictions with different succession laws, presents many more opportunities for conflict.

When it comes to disagreements over the validity or interpretation of a will, it isn’t the case that the better the drafting, the less likely a dispute. That assumption ignores the significance of emotion in these kinds of conflicts. A relative who has been disinherited, particularly if contrary to their expectations, will frequently refuse to walk away from even the most tightly drafted will or trust, simply because the law may not be on their side.

Disputes in this field are not restricted to contesting a will. It is estimated that two thirds of the Scottish population have not written a will, and disputing rights on intestacy can similarly create significant family conflict. Increasingly, children are claiming their legal rights to non-property assets on the first death of a parent, often at the expense of the surviving parent. And executors can find themselves caught up in valuation disputes, or being sued on allegations of a breach of trust or duty, mismanagement of the deceased’s estate or even negligence.

The consensus among the speakers at the Law Society of Scotland conference on trusts, wills and executry disputes, was that litigating these claims should be avoided like the plague because they are notoriously complex, time consuming and expensive. This is, in part, explained by the central person being, uniquely, the deceased. They cannot explain or justify the reason for their wishes (unless these are expressly set out in a side letter, which appears to be unusual, even if best practice), or clarify whether they were coerced into changing their will. This can leave surviving relatives with no answers and feeling betrayed, helpless, heartbroken, angry and shocked. All in all, it is easy to see why disputes arising from the death of a family member present some of the most painful and emotionally charged conflicts that solicitors and mediators see.

For that reason alone, trusts, wills and executry disputes are very well suited to mediation. Dealing with the emotional concerns or needs is just as important as dealing with the legal positions and financial demands. Mediation can offer breakthroughs which can disentangle the emotional pain of an inheritance dispute. While mediators are under no illusion that mediation is a magic wand, it can be transformational. It can rebuild relationships between siblings or other family members. It can rehabilitate the testator’s place in the family and restore what they meant during their lifetime to those in dispute.

There are other reasons too. Inheritance disputes are usually factually and legally complex. They routinely involve multiple parties, multiple witnesses and expert witnesses. Evidence gathering from family members, advisers and carers can be required for significant periods. Obtaining and reviewing medical or social care records can be time consuming and expensive. For complex cases, the “litigation risk” can be very difficult to assess. Winning in court can be far from certain, and legal costs can quickly become disproportionate or even exceed the value of the claim.

It is also not unusual for an inheritance dispute to involve multiple family members even if there is only one claim. Not only does this serve to increase costs; it increases the time it is likely to take to resolve claims in court. A litigated claim or claims can add several years to the time needed to wind up an estate. Mediation offers an opportunity to resolve claims involving multiple family members, or multiple claims between aggrieved relatives.

Then there are the monetary and non-monetary costs of litigating inheritance claims. Legal costs on both (or all) sides can run to tens if not hundreds of thousands of pounds. Mediation can bring about an end to the financial and emotional toll of a dispute by getting to the heart of the conflict at a far earlier stage.

It is rarely always about money and winning. It might be about a particular item of property which has some unknown or misunderstood sentimental value to the claimant. It might be about how one party was treated by other members of the family. It might be about sibling rivalries with each other or with a stepparent. Whatever it is, mediation affords the best chance of giving the clients the closure they need to allow them to move on, and will almost always leave them in a better place than they would be after a lengthy and costly court battle.